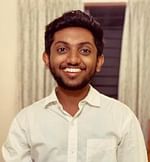 Earlier this week, former National Stock Exchange (NSE) chief Chitra Ramkrishna was taken into custody by the Central Bureau of Investigation (CBI) in a co-location scam case. She was arrested for taking vital management decisions under the influence of a ‘Himalayan Yogi’. According to sources, the Yogi was revealed to be Anand Subramanian, former Group Operating Officer (GOO), who was also arrested by the CBI. The scam involved as many as 62 brokers, advisories, traders, and employees of NSE.

In this article, learn all about the NSE co-location scam and recent developments surrounding it.

What is the Co-Location Scam?

Thus, in 2009, the NSE started providing ‘co-location services’ to brokers for a fee. It allowed broking firms to place their servers within the premises of the National Stock Exchange for a premium. They could get precise price data, and orders could be placed faster. The brokers that availed co-location services had an advantage over those who did not and were able to generate massive profits. Most of these firms used algo or high-frequency trading (HFT), wherein computers buy and sell shares within seconds based on algorithms. A faster price feed allowed them to reap profit almost every day out of this.

Unfortunately, India’s market regulator SEBI decided to turn a blind eye to the regulation of NSE’s co-location services. It did not introduce any strict guidelines regarding these services. The co-location system is totally legal in India.

Several brokerages tied up with the employees of NSE to know which secondary server would be switched on and when. These brokers would be the first ones to connect to the secondary server and later populate them. This action would cause the server to act slow for other brokers due to increased traffic. A trader who logged in to the NSE server with the least load first would get information related to buy/sell orders and order modifications first, compared to other traders who connect to the exchange server later. The orders of some 'privileged' players would get executed ahead of the rest of the market.

A firm called OPG Securities is alleged to have taken advantage of this system. Similarly, many were given preferential connections to the servers of NSE. AlphaGrep Securities, with the help of Sampark Infotainment, set up ‘dark-fiber’ links that connected NSE servers with their own. Moreover, senior management officials at NSE and even politicians had personal interests in these firms.

In 2015, a whistleblower named ‘Ken Fong’ from Singapore wrote to SEBI regarding irregularities in the co-location system in NSE. He also exposed information concerning the use of dark fiber lines. As time passed, the whistleblower wrote many such letters to SEBI and several media houses. As per reports, entities that had the advantage were making between Rs 50-100 crore cumulatively every day!

SEBI formed an Expert Committee (EC) for the preliminary investigation of these claims. Its Technical Advisory Committee (TAC) initiated a probe into the technical matters of the claim. Meanwhile, the NSE formed a Disciplinary Action Committee (DAC) to act against brokers involved in the scam.

Deloitte, Ernst & Young, and the Indian School of Business were appointed to perform a forensic audit of the scam. The Income Tax Department and CBI also started investigating the co-location scam. In December 2016, NSE’s then CEO Chitra Ramakrishna and Vice Chairman Ravi Narain resigned. The exchange was ordered to pay close to Rs 1,300 crores in fines. Interestingly, NSE tried to recover the amount by imposing fines on brokers and firms involved in the scam.

In January 2020, SEBI dropped charges on nine current and former officials of NSE, including ex-MD and CEO Ravi Narain. They argued that the accused cannot be held responsible for any misconduct or non-compliance in the ‘dark-fibre’ issue. However, SEBI levied fines on top management officials of NSE.

The CBI, who has been probing the co-location scam since May 2018, found that ex-CEO of NSE Chitra Ramkrishna shared classified information to a mysterious “Himalayan Yogi” via email. It was later reported that the yogi was Anand Subramanian, who served as Ramkrishna’s advisor between 2013 and 2015. Within the span of a few years, Subramanian saw his salary increase from Rs 15 lakh to Rs 4.21 crore!

After the scam was unearthed, SEBI introduced strict regulations to close loopholes and address concerns regarding algo trading and co-location facilities. This includes measures to make tick-by-tick price feed free of cost to all trading members. The market regulator has also asked exchanges to provide ‘managed co-location services’ via eligible vendors for ensuring low-cost services to all interested brokers.

The market institutions that were established to support and protect retail investors/traders like you and me have turned out to be villains. Are the fines imposed by regulators enough to stop them? A lot of questions remain unanswered. What are your views on this scam? Let us know in the comments section of the marketfeed app.